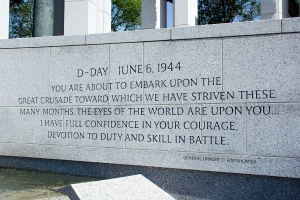 Nearly one hundred years ago, the late poet Robert Frost penned the famous lines: “Two roads diverged in a wood, and I—I took the one less traveled by, and that has made all the difference.” His metaphor has endured as testament to the importance of making choices based on factors other than superficiality and popularity.

Shortly after Frost’s death in 1963, President John F. Kennedy traveled to Amherst College in Massachusetts, where Frost had taught for many years, to deliver a eulogy about the famous wordsmith he had invited to participate in his inauguration. That day, Kennedy shared a line that, like Frost’s about those fabled two roads, has since morphed into something beyond its original intent and focus. In my opinion, it was one of the best things Kennedy ever said: “A nation reveals itself not only by the men it produces but also by the men it honors, the men it remembers.”

Next to ingratitude, forgetfulness is the most serious indicator of cultural decline…

[READ THE FULL ARTICLE AT TOWNHALL.COM]