Nearly one hundred years ago, the late poet Robert Frost penned the famous lines: “Two roads diverged in a wood, and I—I took the one less traveled by, and that has made all the difference.” His metaphor has endured as testament to the importance of making choices based on factors other than superficiality and popularity.

Shortly after Frost’s death in 1963, President John F. Kennedy traveled to Amherst College in Massachusetts, where Frost had taught for many years, to deliver a eulogy about the famous wordsmith he had invited to participate in his inauguration. That day, Kennedy shared a line that, like Frost’s about those fabled two roads, has since morphed into something beyond its original intent and focus. In my opinion, it was one of the best things Kennedy ever said: “A nation reveals itself not only by the men it produces but also by the men it honors, the men it remembers.”

Next to ingratitude, forgetfulness is the most serious indicator of cultural decline…

[READ THE FULL ARTICLE AT TOWNHALL.COM]

Having missed the broadcasts when they were presented in prime time last week, I’ve finally gotten around to working through the multi-episode series, “The World Wars,” on the History Channel.

I’m about halfway through. 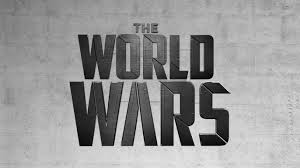 As an avid student of 20th century geopolitical history, I’m sort of torn as I watch the great story and stories unfold. First, I enjoy dramatic portrayals of great events, while recognizing that what is shown on the screen—whether big or small—will inevitably include a measure of license. Yes, I am one of those viewers who tend to talk back to the narrator, injecting my own commentary.

Karen simply loves it when I do that.

But here’s the thing—I find myself annoyed when something is presented as true history yet gets basic facts glaringly wrong. It’s one thing to give one side of something in dispute, but quite another to get basic chronology wrong. I’ve seen several examples of this, but I’ll give you two for now.

First, in the introductory episode called “Trial by Fire,” the writers have Vladimir Lenin taking control in Russia—and pulling his nation out of the First World War (a move that helped Germany) via the Treaty of Brest Litovsk—before America’s entrance into the war.

The facts are that America joined the conflict in April 1917. Lenin came to power later that year (October/November 1917, depending on the calendar you use). The treaty with Germany was then signed the next year—in March 1918.

The second glaring thing I saw had to do with Winston Churchill and Neville Chamberlain. In the episode called, “A Rising Threat,” it shows Chamberlain bringing Churchill into his government (as First Lord of the Admiralty) long before the Nazis invaded Poland.

The actual timeline is well known. First, Hitler invaded Poland on September 1, 1939. Then, a few days later, Chamberlain announced that Britain was at war with Germany. It was after this that he summoned Churchill and gave him his job back (Winston had been First Lord during World War I).

Now, these may seem small, but they aren’t. They show a carelessness that is simply unnecessary. I wonder what the historians who appear on the series must think. I’m sure the insertion of their commentary was an editorial matter for the producer(s). But if I were Douglas Brinkley, or Paul Reid, or H. W. Brands—or any of their British counterparts, I’d be a little ticked.

I really can’t figure out why the producer(s) allowed such basic glaring mistakes to be presented.

Now, the series otherwise is actually pretty good. I think it captures the personalities of the good and evil giants—the men who made the history.

I am enjoying the series—mostly. But have to give it only two out of four stars for accuracy.

It’s almost like I half expect to see Pearl Harbor happen on a Saturday.