Nelson Mandela was a giant, a colossus who seemed to stand astride history and above the everyday. His passing at the age of 95 is being marked by expressions of condolence and admiration from around the world.

As I’ve reflected on this man’s life, I’m drawn to how he managed to emerge from unspeakable pain and persecution without the baggage of bitterness and malice. This is not only a great example of practical character and grace—it’s also likely one of the keys to Mandela’s greatness. 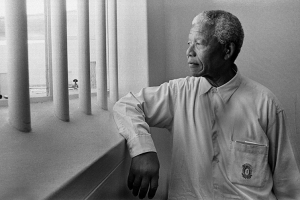 The evening before his release from 27 years in prison, Mandela met with South African President F.W. de Klerk. They had an extraordinary conversation. It was Saturday, February 10, 1990.

A week earlier, De Klerk had made a public pledge that Mandela would be released from incarceration, but he gave no specific timetable, so the prisoner was surprised when the President told him that he would be freed the next day.  In his autobiography, Long Walk to Freedom, Mandela wrote: “I deeply wanted to leave prison as soon as I could, but to do so on such short notice would not be wise,” adding, “I thanked Mr. de Klerk, and then said that at the risk of appearing ungrateful I would prefer to have a week’s notice in order that my family and my organization could be prepared.”

The President was surprised by Mandela’s request and turned him down. He insisted that the prisoner would have to leave the next day. It was just one more indignity. Then de Klerk offered Mandela a glass of whiskey—maybe it was a peace offering of sorts.

Mandela had become the iconic face of global opposition to the very idea of apartheid since his imprisonment in 1964. He spent most of his prison life on Robben Island, laboring in a limestone quarry.  And the man, who would ultimately embody the political transformation of his country, began that process by somehow turning his prison cell into a place of personal progress. As his legend grew—the mystique that would one day fuel his political presence and power—so did the man himself.

How do we know this?  Well, because Nelson Mandela clearly learned and was determined to demonstrate one of the most important lessons in life, that being—no matter how much you know, or how gifted you are, all of your potential can be squandered if sacrificed on the altar of pettiness, bitterness, and a lack of personal grace and mercy.

This capacity is what made Lincoln great with his words about having “malice for none and charity for all.” And in contrast, the lack of this quality brought down one of our U.S. Presidents, Richard Nixon, who seemed to grasp the concept too late when he said upon resigning from office in 1974: “Always remember, others may hate you, but they don’t win, unless you hate them. And then you destroy yourself.”

In contrast to the all-too-common human tendency to bear grudges and harbor resentment, Nelson Mandela had something different in mind when he emerged from captivity on February 11, 1990. He said it this way: “As I walked out the door toward the gate that would lead to my freedom, I knew if I didn’t leave my bitterness and hatred behind, I’d still be in prison.”